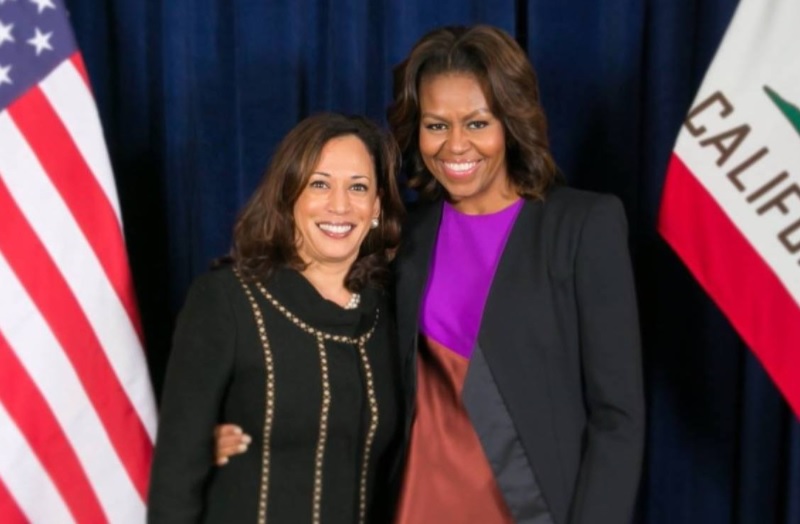 It’s still a few more years before the United States has to decide again who will be the next to lead the nation, but Americans have already had their early favorites.

Harris, Obama in the lead

It turns out, both incumbent U.S. Vice President Kamala Harris and former First Lady Michelle Obama came out as top contenders for the 2024 Democratic nomination. This provided that President Joe Biden chooses not to push for four more years, according to the recent survey.

Further, it was revealed that Ms. Harris got the majority of the support, with 13 percent of the participants in the survey that was held on November 18-19 stating that she has their support. The former FLOTUS, Ms. Obama, closely followed her as 10 percent of the respondents would back her up.

In line with this, this comes, albeit the fact that the latter had already pointed out on different occasions, that she has no intentions of running for the highest position in the land. Back in 2017 – amid the rumors of her running in the 2020 polls – Ms. Obama was quoted saying, “I wouldn’t ask my children to do this again because when you run for higher office, it’s not just you. It’s your whole family.”

As mentioned, other possible presidential candidates like Mr. Sanders, Mr. Buttigieg, Mr. Bloomberg, Cory Booker, Elizabeth Warren, and Andrew Yang have surveyed way below the two poll leaders, with just around five percent or below for each of those as mentioned above, according to The Independent.

Albeit the guesswork as to who will be stepping up in taking such a responsibility of leading the country in the event President Biden – who has been deemed the oldest individual to swore as president – decides not to pursue another term come 2024.

It may well seem that he is ready to pass on the presidential torch yet.

On Monday, White House Press Secretary Jen Psaki spoke to journos inside Air Force One and has confirmed that President Biden will still seek a second term in the Oval Office.