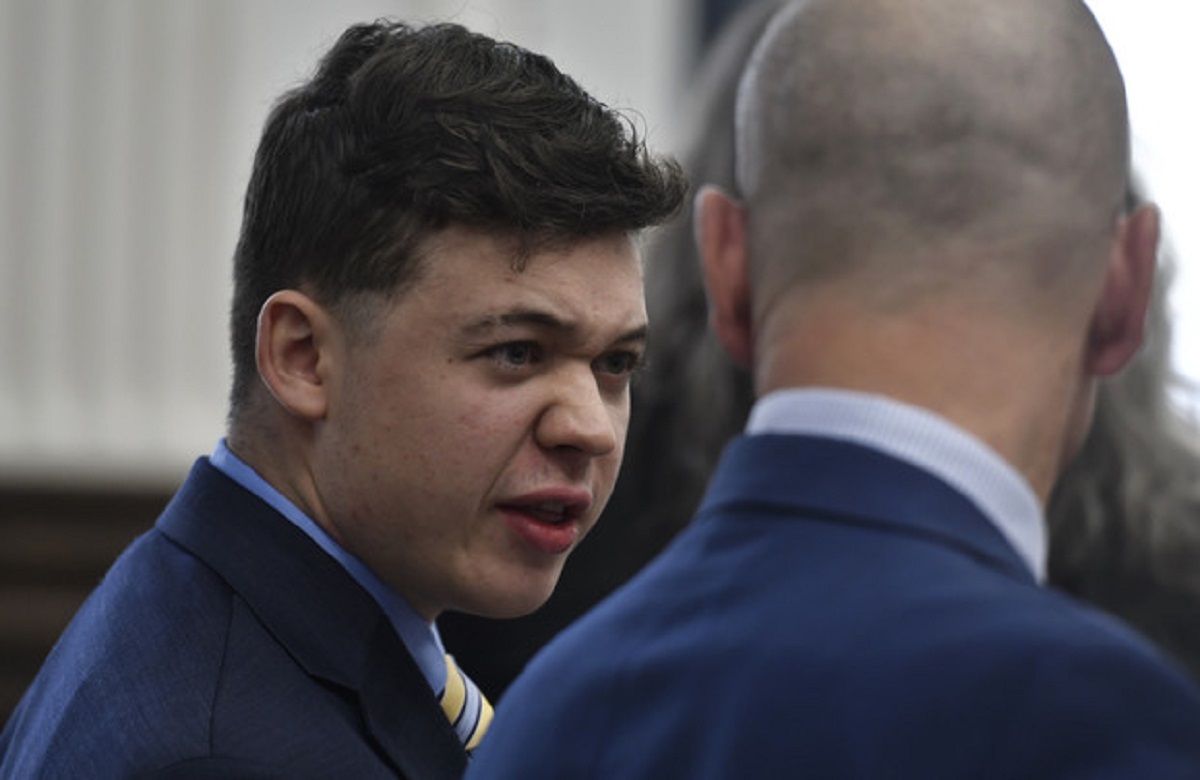 Kyle Rittenhouse talks with his attorney Corey Chirafisi before a break during his trial at the Kenosha County Courthouse in Kenosha, Wis., on Wednesday, Nov. 3 2021. Rittenhouse is accused of killing two people and wounding a third during a protest over police brutality in Kenosha, last year. (Sean Krajacic/The Kenosha News via AP, Pool)

At the end of the trial, the jury has a say when it comes to not guilty or guilty. The verdict in a big case such as the Kyle Rittenhouse case can send a message to society. The acquittal of Kyle Rittenhouse sends a chilling message on the acceptance of vigilantism.

Kyle Rittenhouse was acquitted of all charges

The country is strongly polarized and the Supreme Court is expected to recognize the right to carry concealed weapons in public. The social implications of the shocking Rittenhouse verdict are nerve-wracking.

Rittenhouse went to Kenosha, Wisconsin, where protests were erupting after police officers shot and seriously wounded Jacob Blake. Rittenhouse was carrying an AR-15 rifle, despite being too young to legally possess. A teenager with an assault weapon in a heated situation is definitely a recipe for disaster and that is what happened. Rittenhouse ended up shooting and killing two people and seriously injured a third.

The jury clearly thought that Rittenhouse felt threatened enough that he acted in self-defense. The jury focused mainly on whether Rittenhouse felt in danger each time he fired his gun. I’m very concerned that the acquittal sends the message that Rittenhouse did nothing wrong. Some on the right even want to celebrate him as a hero. However, looking at these shootings, you see a 17-year-old who took the law into his own hands.

Lessons to be learned from Kenosha tragedy

The U.S. has become a deeply divided country, we witnessed how deep that divide is on January 6 during the armed insurrection at the U.S. Capitol. In this regard, others may feel the right to emulate Rittenhouse, leading to more bloodshed and tragedy. Sadly, this will be compounded by the Supreme Court’s possible decision to strike down a New York law requiring a license to carry a concealed firearm.

As the country continues to evolve and grow, more and more tense public events, including protests, will be taking place. The presence of guns, especially assault weapons, in such situations is something we need to be concerned about. Nobody brings a weapon to a protest to spread civil discourse. The national tragedy in Kenosha could have been avoided.