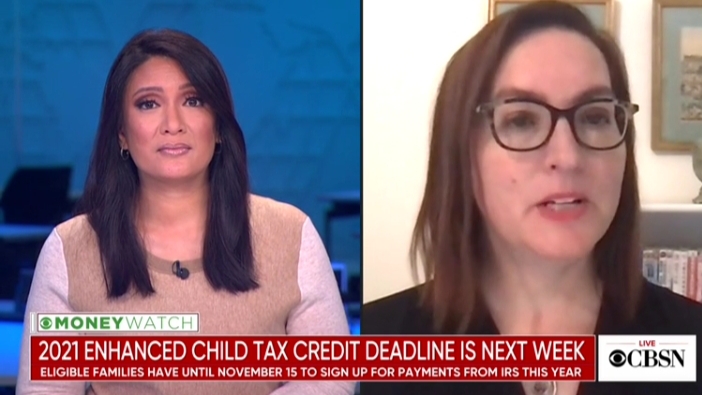 Parents of every U.S child will receive monetary benefits from the Child Tax Credit program. They can sign up for this benefit before November 15. The credit will be the fifth installment of this payment scheme, with the last one remaining. The judicial stand on the five payment installments will not change unless any alteration is done in the benefit policies.

Money Will Be Directly Transferred To Parents Bank Accounts

The parents received this benefit as an initiative launched by the federal system of the U.S. the money will be transferred directly into the beneficiary’s bank accounts. After the money is sent to the parents on Monday, the last set of payments for the next month will remain. According to a report released by CBS News, any change in the benefits scheme is unlikely at present unless the legal authorities decide on extending the announced benefits. This scenario is probable but is up for discussion among the leaders related to welfare matters.

Millions of beneficiaries are covered under this scheme. November 15 will mark an important day in the month due to this welfare scheme. The four installments before this one were transferred to the accounts of the parents at definite intervals. According to the report released by the CBN News, the children’s parents will receive a notification through the mail that will include every detail about the previous, current, and pending installments of the tax credit benefit.

Sixth Installment Is Due On December 15

The sixth and final installment will be cleared after one month on December 15. December will mark the end of this tax credit benefits scheme as of now. The lawmakers will have to decide upon the fate of this federal welfare scheme in the future.  This initiative is unique, and governments will look back at this as a turning moment in the country’s political and economic history. This benefit scheme has initiated a series of changes in the pattern of several political and economic activities in recent months. The Child Tax Credit has reinforced the trust of the public in the government’s frameworks and policies.