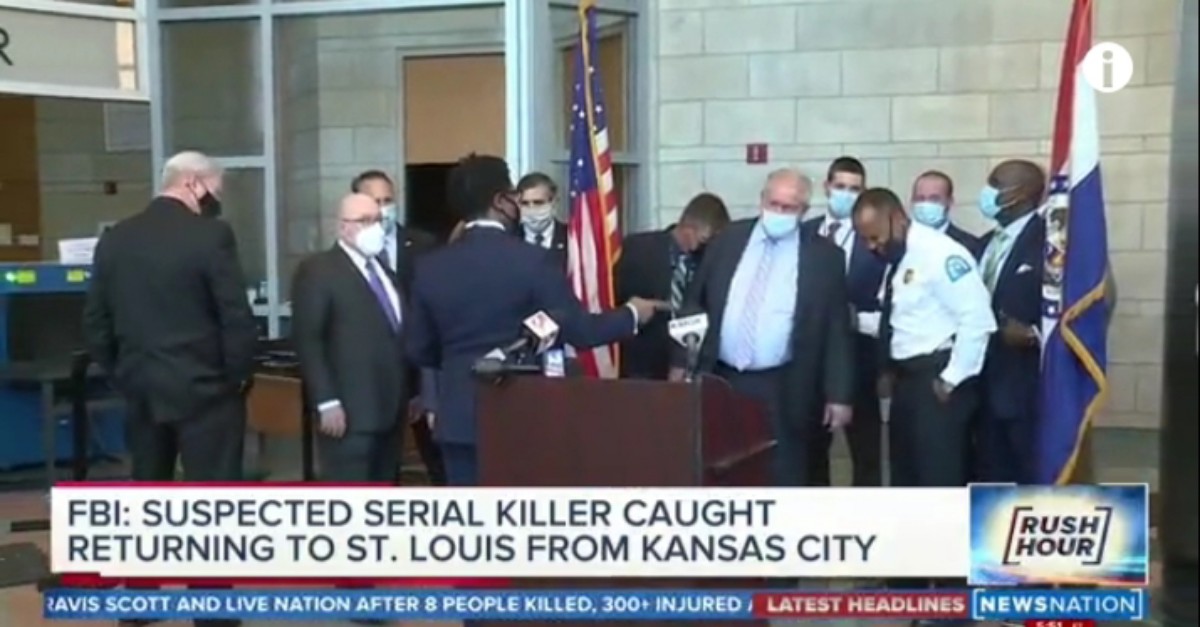 A 25-year-old serial killer named Perez Reed who shot six people was arrested on November 10. He created havoc in the city with his 0.4 caliber gun. FBI officers identified him during his return from Kansas City; he traveled to St. Louis through a train. WKBN reports, Reed was also accused of killing a teenage girl on September 16 and he was involved in several fatal shooting incidents in the recent past. His activities created a sense of panic among the residents of the city.

The Serial Killer Was Convicted Of Murders And Assaults

According to a police affidavit submitted in Federal Court; Reed was connected to several other murders and shooting deaths cases. Reed was suspected of the murder of two other victims named Damon Irvin and Daja Fairrow. Investigations are going on to collect evidence regarding the same. According to the reports of the investigations, the pattern of killing is the same in each death. There was no connection between victims in any way.

Residents Are Relieved After The Arrest

The residents of the city heaved a sigh of relief after the arrest. The serial killer had wreaked havoc among the people. The most dangerous element of murders done by Reed was that he killed random people. His intentions were evil, and almost every individual in the city was at risk. He had killed people across age groups which made his pattern unpredictable. Despite intense investigations, the intention behind the murders remains unclear. The authorities say that Reed denies all accusations against him and claims his innocence. His refusal comes as a surprise to many, given his history of endless murders across the city.

Reed was a resident of St. Louis County, and he was arrested on his way back to his home city. The FBI officers spotted him on a train and immediately took him under custody. The authorities also informed the WKBN that Reed carried a gun with him.

In addition to other murders, he was also charged with a couple of first-degree murders and multiple criminal activities and assaults. Authorities from different crime fields have confirmed his involvement in various murder cases.