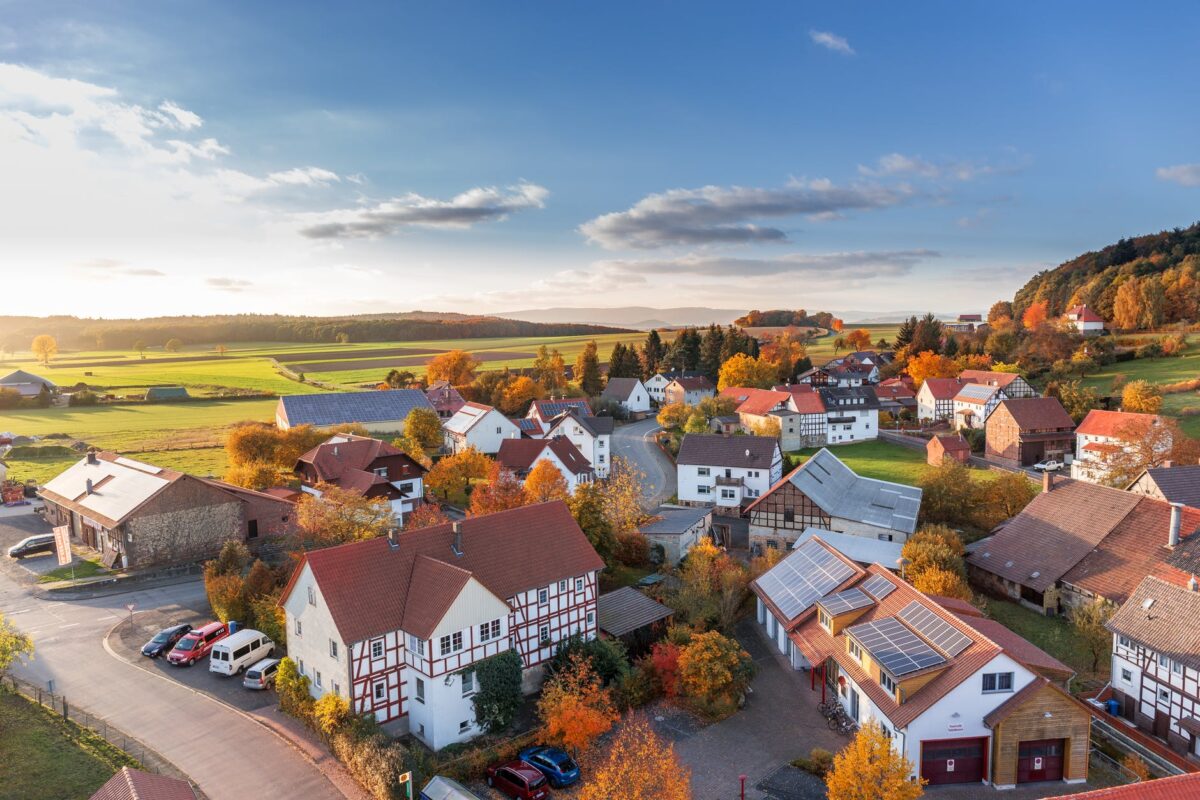 There are several ethnic groups in Texas; however, German descents make up the majority of European-based communities.

German Texans built many charming villages in Texas, and you may recognize them from afar by their unique German architecture or Deutsch place names.

This is largely because these German towns in Texas use popular suffixes like -berg, -burg, -ingen, and -ens to name themselves.

A Brief History of German Influence in the Texas Hill Country

The Germany of the nineteenth century was not the same as Germany we know today. The country was made up of various self-governing states, all of which clearly desired authority.

Several wars erupted in the region as a result of the effort for unification, forcing Germans to migrate into the United States, specifically Texas, around the mid-century.

The Adelsverein was founded in 1842 by German immigrants to the Texas Hill Country in an attempt to establish a colonial settlement, a new Germany, in Texas.

The Society for the Protection of German Immigrants in Texas is known as the Mainzer Adelsverein.

But do you have any idea where those Germans ended up in Texas?

A few German settlements can be found in Texas, mainly to the northwest of San Antonio.

Until the 1970s, a large number of them spoke German fluently. As a result, several municipalities in this part of the Lone Star State have a Deutsch component to their names.

Without further ado, let’s have a look at these amazing Texas tiny towns with significant German roots!

In no particular order, here is a list of Texas’ most spectacular German towns. The closer you approach to these locations, the more it will appear like you are abandoning Texas for the charming German countryside. You have been informed.

New Braunfels, located halfway between San Marcos and San Antonio, is one of Texas’ most well-known German villages.
Prince Carl of Solms-Braunfels founded the town in 1845, and he named the new settlement after his hometown.

Take a trip through the Gruene district if you want to learn more about the Germans in New Braunfels.

This Historic District, which has been placed on the National Register of Historic Places, is an ideal area to see intact buildings.
Small boutique businesses and good dining establishments abound in the region. Oh, and it should come as no surprise that New Braunfels is home to one of America’s most well-known Oktoberfest festivals.

However, it is referred to as Wurstfest rather than Oktoberfest. Isn’t it something you won’t want to miss?

Fredericksburg is a charming German town in Central Texas, located about an hour and a half from Austin and San Antonio.
German settlers in Texas founded the town on May 8, 1846. The settlement’s original name was Fredericksburg, which was changed to its current name in honor of Prince Frederick of Prussia.

From world-class wines to traditional German architecture, this German town has something for everyone.

Aside from that, this small town is an excellent site to learn about Texas’ German history. The National Museum of the Pacific War, the Pioneer Museum, and the Vereins Kirche Museum are among the many German eateries, historical monuments, and museums.

Are you planning a trip to the city?

Then you’re probably looking for a place to stay in Fredericksburg. In this guide, we discuss the top hotels, B&Bs, Airbnbs in town, and some German options.

If you’re on a romantic getaway, consider staying in one of Fredericksburg’s romantic cabins, which also contain a gorgeous German cottage.

Boerne arose from the Texas Hill Country Free Thinker Latin Settlements, founded in the aftermath of the German states’ revolutions in 1848.
With his Anglicized spelling, the town was named after German poet Karl Ludwig Börne.

Stop by one of the locally owned specialized stores and eateries when you’re in Boerne to get a sense of the place. These venues run the entire length of downtown Boerne’s historic district.

Then, visit the Cave Without a Name, a natural living cavern with spectacular stalactite and stalagmite formations, to discover more about the town’s distinct side.

A visit to Boerne would not be complete without a visit to the Guadalupe River State Park. It boasts 4 miles of river frontage and plenty of options for swimming, picnics, and hiking.

There’s no excuse not to take a road trip around Texas and get to know this great town!

Muenster is just a town in north Texas founded by German immigrants in 1889. The town was given the name Westphalia in commemoration of the German area of the same name.
However, because the name was already in use in the state, they chose the current designation to honor Münster, the capital of the German state of Westphalia.

Many locals spoke German to preserve their ancestral origins until World War I, when it fell out of favor.

Nonetheless, Muenster is a charming German town in Texas that deserves to be included on our list.

Wander around the lovely half-timbered Fischer’s Meat Market, which sells superb cuts of meat, cheese, and even imported beer.

Have a taste of German food at Rohmer’s Restaurant, a family-owned restaurant offering wonderful meals since 1953, for a whole Bavarian experience.

To top it off, Muenster is only 85 miles north of Dallas, making it an ideal road trip destination.

Schulenburg is a lovely German town nestled between San Antonio and Houston in Texas.
While German immigrants had a considerable impact on the founding of this town, they were not the only ones. Immigrants from Austria and Czechoslovakia also played a significant influence in this.

Schulenburg, which was founded in 1875, is a must-see destination for all travelers.

Be astounded by the skill with which these Czech and German immigrants brought Europe’s Old World charm to Texas. Or, to put it another way, go see Texas’ Painted Churches. You will not be sorry!

In addition, the town boasts a lovely vineyard in its backyard, making it a top-notch wine lover’s trip. In Schulenburg, there are numerous instructive and interesting wine excursions.

Stanzel Model Aircraft Museum offers a full plate of amusement for model plane enthusiasts. The Tiger Shark, the world’s first control-line model kit, is on display at the expo.

The Texas Polka Music Museum is also located in Schulenburg. A museum honoring Texas polka bands and artists of Czech, German, and Polish descent committed to preserving the history and legacy of polka music in Texas.

But, before you leave town, go to Oakridge Smokehouse Restaurant and eat more than you can handle. You may experience the best German and American cuisine in an old-fashioned but attractive setting, including Texas BBQ.

Luckenbach, 13 miles outside of Fredericksburg, is a German community. The town has three people and only two buildings—a post office/saloon/general store and a dance hall—but it is known as the origin of country music.

The music venue, Luckenbach, was founded in the mid-1800s by one of the first German settlers in this section of Texas.

Luckenbach resurfaced on the country music scene in the 1990s, exploring and promoting new genre niches.

Almost every evening, the town has live music events, and visitors are urged to join in the enjoyment. Whether or not country music is your cup of tea, it’s difficult to dismiss this community’s rich history and the thrill of free, open-to-all jam sessions.

Pflugerville, a suburb of Austin, was founded in 1860 by William Bohls, who opened a post office and general shop in his home. He named the town after Henry Pfluger, a German immigrant who arrived in 1849 to flee the Prussian War.