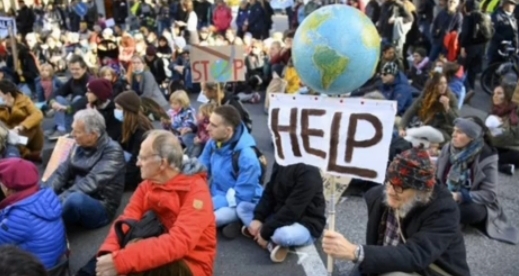 Several politicians and social activists are in awe of the US-China climate agreement signed on November 11. It focuses on strengthening the stance of both countries in improving weather conditions. UN and EU have appreciated this revolutionary step. The CO2 emission rates of both US and China leads are two of the biggest in the world. Their rates exceed the standard limit by a significant margin. Greenpeace has stated that this step was necessary as both countries had to take decisive action.

Ominous Signs Ahead For Humanity

Scientists have said that the rise in global temperature need not exceed 1.5C for a sustainable environment. They have warned us against the hazardous effects of climate change. They have also suggested preventive measures for the adverse consequences of irresponsible human activities.

According to a BBC report, both countries are involved in a pledge for better weather conditions. The report says that the climate agreement is a tactical decision by China to reinforce global climate conditions. This agreement was signed as a result of multiple meetings over ten months. The countries have put aside their rivalry to join hands for a common cause.

China had earlier refused to sign an agreement to limit Methane usage. The deal was based on the idea of reducing the greenhouse effect. BBC News quoted one of the Chinese negotiators  Xie Zhenhua who was optimistic about the outcome of this agreement. He told BBC about the deal, “there is more agreement between China and US than divergence.”

Carbon Emission Is A Global Threat

The Chinese climate envoy, John Kerry, said, “Every step matters right now, and we have a long journey ahead of us.” He also emphasized the importance of constructive collaboration of both countries in minimizing the global threat.

In September, the president of China, Xi Jinping, released a public statement that aimed to neutralize carbon emissions by 2060. According to the COP26 draft, several countries worldwide have decided to replace petrol and diesel-based automobiles with eco-friendly ones. The draft mentions that every country across the globe should take every possible step to reduce the greenhouse effect which is caused by carbon emission.