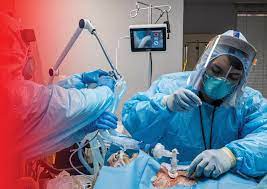 A daughter of a man from Danville got severely ill from Covid-19 and was hospitalized in intensive care several weeks ago and now the father is pleading with doctors at Carle Hospital to continue to provide life support to his unvaccinated daughter.

“I think she can pull through,” Richard Juvinall said moments after a difficult conversation with doctors about her daughter’s outlook. “Now this is totally out of our hands.”

The WCIA was requested by Juvinall and his family not to make public his daughter’s name while she was fighting for her life in critical care. However, he later consented to share his family’s story of grief and horror after doctors told him his daughter might not survive the Coronavirus battle.

“I want them to do everything possible and let us make the decision on whether to pull her plug,” he said. 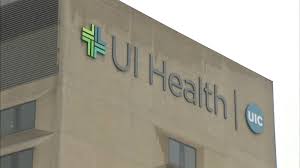 An ECMO is a unique machine that cycles blood from a patient’s body in order to infuse extra oxygen into the circulation to assist their heart and lungs.

Despite doctors’ warnings that his daughter’s prognosis is dismal, Juvinall says he and his family aren’t ready to abandon their attempts to keep her alive.

“They just don’t want to treat her no more. They want to make the decision of taking her off life support.” He says, “I told them, ‘No.’”

According to him and other family members, the hospital opted to continue to keep her on life support for another week and to reconsider the issue in one week if she survives long enough.

“It’s basically up to God, and God is the one that can take her,” he said.

There were no comments of Carle Hospital officials on the patient’s specific situation. A spokesman of the hospital said in a statement that the family would be consulted in the decision about when to discontinue life support if it came to that point.

“While we can’t discuss publicly any specific person’s care, it’s important to know that Carle values and prioritizes the experience of every patient and we work to ensure all patients, families, and caregivers are part of the process to achieve the best outcomes possible,” Public Relations Manager Brittany Simon said. 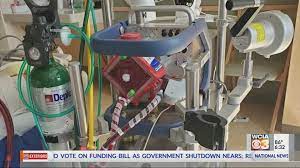 Many of the similar issues doctors throughout the system have encountered in the last year and a half were noted by Allen Rinehart, the hospital’s Vice President of Inpatient Operations, and noted that they often had to deliver terrible news to families in an interview.

“Those decisions are made on a daily basis with all patients who are critically ill,” Rinehart said, describing the process in general. “Our physicians and our nurses communicate with patients and families on an ongoing basis, and together they come to a consensus on what’s the best plan of care for each individual patient.”

The typical hospital stay for COVID patients is generally much longer than for patients with other illnesses, which might complicate administrative or regional attempts to generate bed space for new arriving patients.

“COVID patients who are hospitalized tend to be here longer than many other diseases that are treated in the hospital, particularly ICU patients,” Rinehart explained. “It’s a respiratory problem. The lungs just aren’t functioning right, and it takes longer for those lungs to heal and get to the patient to the point to where they’re safe to go home again.”

Nineteen of the 21 Illinois counties with the lowest immunization rates are located in the state’s far south. Two of these are near the western boundary of the state with Missouri.

“One of the most common components of a hospitalized COVID-positive patient is they’re unvaccinated,” Rinehart said. The latest available data says out of the 85 patients hospitalized in Carle facilities, 74 of them are unvaccinated.