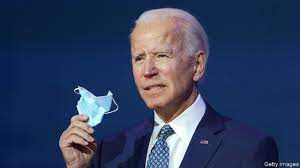 According to a new survey, the faith of Americans in President Joe Biden to provide accurate information about Covid-19 is at an all-time low.

According to the results of the Axios/Ipsos Coronavirus Index, a survey that was undertaken between September 24 and 27, just 45 per cent of Americans said they trusted Biden to provide accurate information on the pandemic. It also revealed that 53 per cent of the respondents did not have trust in him at all.

The same organization had conducted a similar poll between January 22 and 25 which had revealed that 58 per cent of Americans said they trusted Biden.

The latest survey also showed that just 49 per cent of Americans believes that the federal government will offer reliable information related to the pandemic, compared to 54 per cent two weeks ago.

“Delta and other issues have really undermined the public’s perception,” Cliff Young, president of Ipsos public affairs, told Axios. A decline in trust in Biden was also because Americans

had not been offered a clear solution for the pandemic and Covid-19 restrictions. 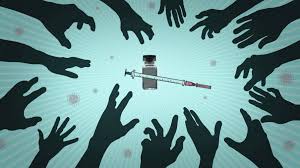 Credit – cnbctv18.comThe survey results follow statements made by Biden on Monday that 97 per cent of Americans would need to be vaccinated for the country to return to pre-pandemic living, a notion that has medical professionals perplexed.

Predictably, there is a significant political gap in confidence, with 81 per cent of Democrats, 42 per cent of independents, and 11 per cent of Republicans saying they trust the president to deliver accurate information about Covid-19. Biden has seen the greatest decrease in support among independents, dropping 17 percentage points since taking office.

The survey also showed that a lesser number of Americans perceive Covid-19 to be a concern compared to what they did earlier in the epidemic. Only 13 per cent of the respondents stated that in-person meetings with their family posed a risk to their health which 12 per cent said they believed that dining out was a harmful activity.

These figures are each five percentage points lower than they were two weeks earlier.

The poll was conducted among 1,105 individuals between September 24 and 27, with a margin of error of 3.2 percentage points.