Some Americans not receiving their child tax credit installment for September were blamed on a “technical issue” by the Internal Revenue Service.

Last week, 35 million child tax credits totaling $15 billion were given, however, around 2% of qualified beneficiaries did not get their payment.

According to the IRS, the unnamed technical issue that caused the delay has finally been rectified, and the installment is on its way. Those who did not get their payment should be getting them soon via direct deposit or in the following days if they received their cheques via mail.

Those taxpayers who had of late updated their bank account or address on the IRS child tax credit update portal as well as those married couples who are joint taxpayers where a bank or address change was made by one spouse were the majority of those who did not receive the payment for September, the IRS said.

“We know people depend on receiving these payments on time and we apologize for the delay,” the IRS said.

Under the new expanded child tax credit, payment of up to $300 is to be made for every child aged 5 years or less and a maximum of $300 for children aged between 6 and 17 years. The federal government started making the payments to the eligible parents in July this year and is set to continue till December. The remaining amount of $1,500 or $1,800 can be included for a claim when filing 2021 taxes.

Checks forte payments are usually sent out on the 15th of every month. 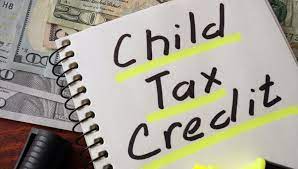 According to the tax department, the entire payment will still be delivered in these cases. Recently completed tax returns is also another reason for the variation in the monthly payment amounts, the IRS said.

In September however, higher than expected payments will be received by some families. Many of the families did not get their payments for July or August and they are slated to receive their first monthly installment this month which will include their entire advance payment for the year. The payment will however be distributed over a period of four months  instead of six months. that will make each of the four payments to be received bigger than expected.

David graduated from the University of Michigan in 2021 with a major in political science and a minor in environmental studies. He works as a senior news editor and loves to write on Personal Finance. You can email him at David[email protected]