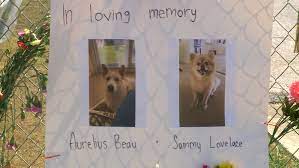 According to fire officials, the accident occurred at the Ponderosa Pet Resort in Georgetown, a city of around 67,000 north of Austin, where a fire outbreak at the facility at night.

“I am emotionally overwhelmed by the accidental fire on Saturday night at our business,” Phillip Paris said in a statement Monday, as reported by NBC affiliate KXAN of Austin.

“Fifty-nine families are affected, and their best friends won’t be coming home. As a dog owner, I feel their heartbreak intensely,” Paris said. 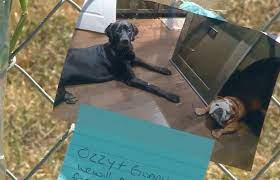 The Georgetown Fire Department said that authorities have so far found no evidence in preliminary investigations that the fire was an intentional criminal act, but investigations are continuing,

“We want answers, and we want answers now, but we need to go through a process of identifying clearly what caused this fire so we can better learn from this and help prevent a future tragedy from occurring,” he said on Monday.

The fire department has said it had found all of the dogs at the facility dead amid the building being completely engulfed in smoke when the fire crews reached the site.

Authorities will now start the process of handing over the dogs to their owners.

According to the fire department, a business set up the size of the pet-boarding company are not required to have fire sprinklers within Georgetown.

The devastating fire incident could ring in changes to the fire code, Sullivan said.

In another similar incident days ago, 23 cats were killed in a fire at a Florida pet adoption facility. In that incident, however, all the dogs and some cats at the facility were saved by firefighters at the Pet Alliance of Greater Orlando.

After Gov. Greg Abbot issued an executive order Monday banning any institution in the state of Texas from implementing vaccine mandate, more than 150 ex-employees of the Houston Methodist Hospital who left their jobs in June because of the mandate, will demand they be rehired, says the lawyer representing them.

Speaking to Houston Public Media, Woodfill said, “Gov. Abbot said countless Texans have lost their livelihood as they refused to receive covid vaccination as their personal conscience didn’t allow it. That applies to every person I represent and everyone that Methodist thought it was doing the right thing when they fired them.”

He said he would formally request the hospital on Tuesday asking them to reinstate all former employees.

The hospital was the first in the country to enforce vaccine mandate, making it compulsory for all employees to receive the shot. This led to a raging legal tussle between the hospital and hundreds of health workers who refused to be jabbed.

Around 178 employees were suspended in June after they declined to receive the vaccine and a week later 153 was either terminated or resigned on their own.

According to the hospital, 25 returned to work after they agreed to get vaccinated.

In a statement issued by Methodist CEO Marc Boom, though he didn’t mention reinstatement of the employees, he said he was disappointed by the governor’s order. He added that the order will not have much of an impact as the hospital had implemented vaccine mandate months ago. 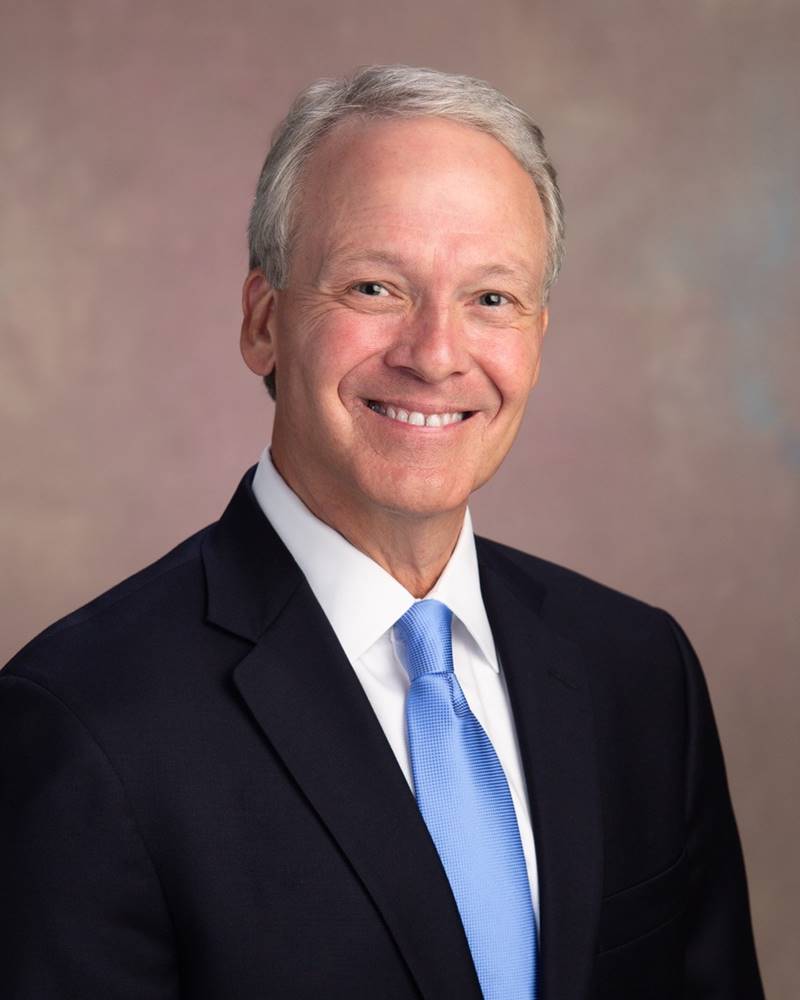 The statement further said that the order was being reviewed and its implications assessed and added that the hospital expected all doctors and the rest of the employees to be vaccinated as it is in the best interests of patients and each other till the time this pandemic is over.

“I hope that other hospitals in the state like Memorial Hermann Health System and Baylor College of Medicine continue to implement vaccine mandates despite the order,” Boom said. 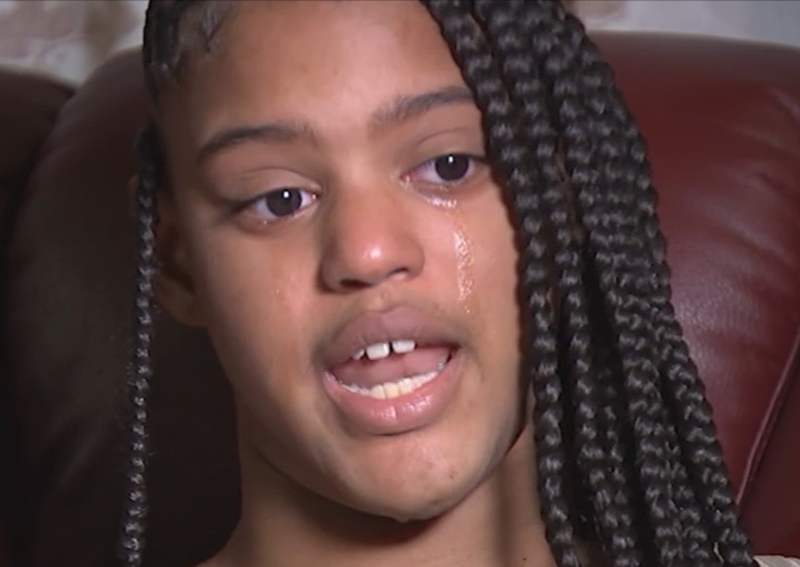 A 12-year-old girl has recalled witnessing her father being shot dead outside their home on Saturday night.

Jeremy Cormier was shot dead by Marquice Wear, 21, outside his house located on Castillan Road in east Harris County at around 10.30 p.m.

Wear, who was out of jail on two felony bonds, was at a birthday party earlier in the day which was also attended by Cormier and his wife Raquel. The birthday was of Cormier’s granddaughter, who is the daughter of Wear. 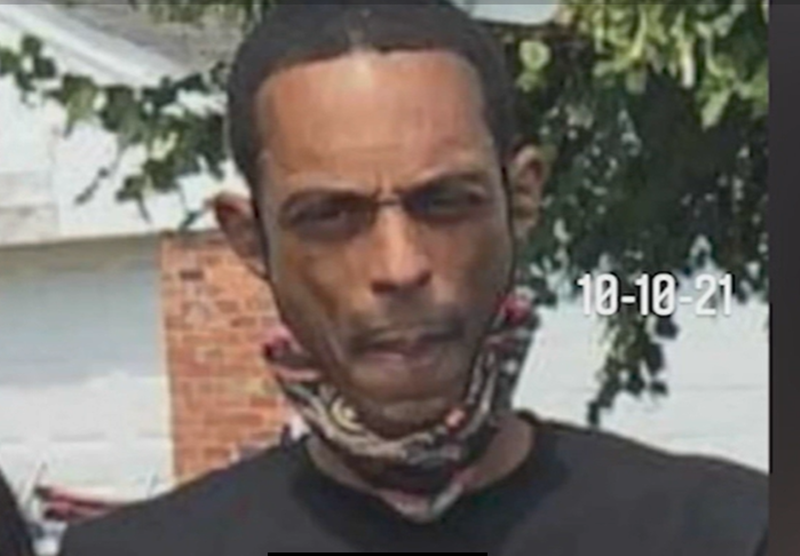 According to Raquel, later in the night, Wear turned up at their house and heard a commotion outside.

Jazielle, the 12-year-old daughter of the couple, said she told her father not to step outside because she saw Wear holding a firearm. But Cormier went outside and as he was interacting with Wear he was shot.

“I saw him fire the gun. I saw him shoot dad who fell to the ground. All I could do was cry,” Jazielle said.

According to Raquel, after the shooting Cormier was alert and talking. Paramedics who arrived on the scene thought the bullet had passed right through the body but it was lodged inside. Cormier died at 12.01 a.m. on Sunday.

According to Harris County Sheriff’s office, Wear gave up peacefully after deputies went to his home to take him into custody.

‘He Should Remain In Prison’

Prosecutors have filed a motion asking for Wear to be held without bond as he has pending cases against him, including one relating to the theft of catalytic converters and another for evading arrest.

At a preliminary hearing on Tuesday, the judge revoked the bond and set a hearing for Friday to hear the state’s motion. The judge will then decide whether a bond is appropriate or Wear should be held without it.

The Cormier family hopes that he remains in prison.

Addressing the judge, Raquel said a killer shouldn’t be allowed to roam the streets as he posed threat to them.

Jazielle said she would anything to get justice for her father and won’t stop until Wear is in jail and stays there.

The family has set up a GoFundMe account to help with funeral expenses. 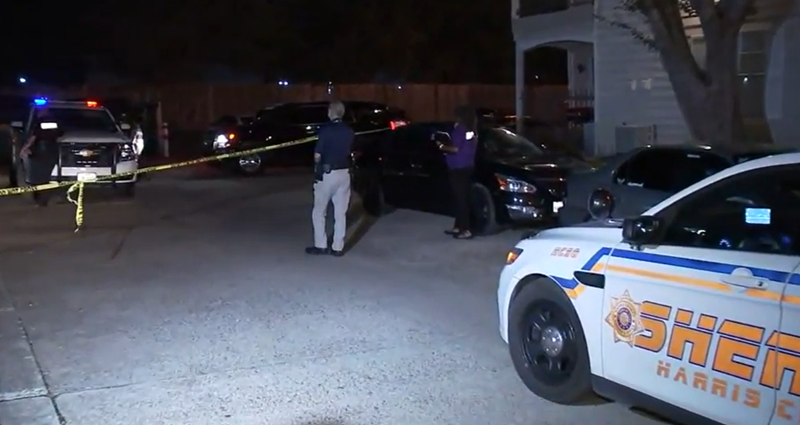 A bounty hunter shot dead a wanted man Monday night he was searching for at an apartment in west Harris County, according to Sheriff Ed Gonzalez.

Deputies were rushed to Park Falls Apartment, located on Park Row Drive at about 7 pm after 911 received a call from the bounty hunter who told them that he had shot at a fugitive killing him.

The sheriff’s office said the dead man was wanted for domestic violence and warrants were issued against him.

The authorities said the suspect was riding in a pickup truck along with his fiancée and a 3-month-old child and tried to get away as the bounty hunter approached him to take him into custody.

He then blocked in the bounty hunter, put the vehicle in reverse, and tried to over him.

Bounty Hunter Fires In Self Defence

To save himself the bounty hunter took out his weapon and fired several shots at the suspect.

When the deputies arrived at the scene, they found the suspect, a Hispanic man believed to be in his 20s dead. The woman and the baby accompanying the man were not harmed in the shooting. 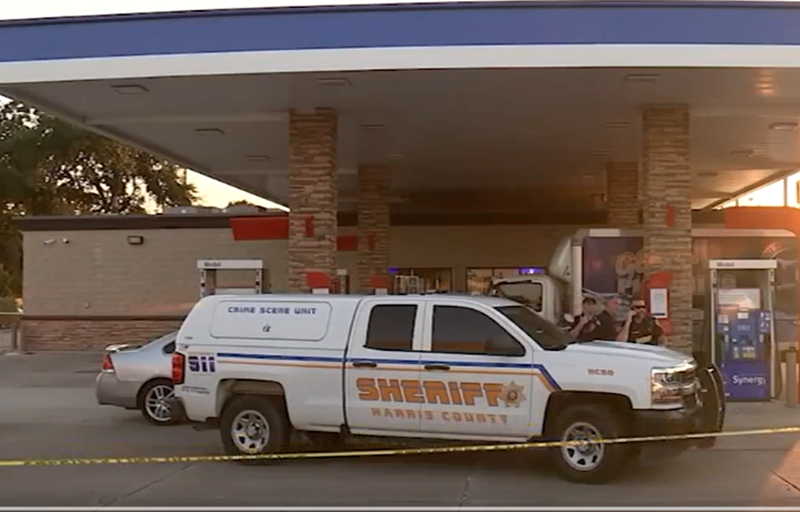 The suspect and the bounty hunter were not identified till the filing of this report.

The sheriff said Harris County District Attorney’s Office will determine if charges will apply or if the case will be brought before a grand jury. In the state of Texas, bounty hunters aren’t considered to be police officers, instead, they get their license from the Texas Department of Public Safety.

Sgt. Dennis Wolford, who works in the homicide unit of the sheriff’s office said there are many degrees of licenses that decide if a bounty hunter can carry a weapon.

“The investigation into the incident will also determine if the bounty hunter had the license to carry the firearm in Texas,” Wolford said.