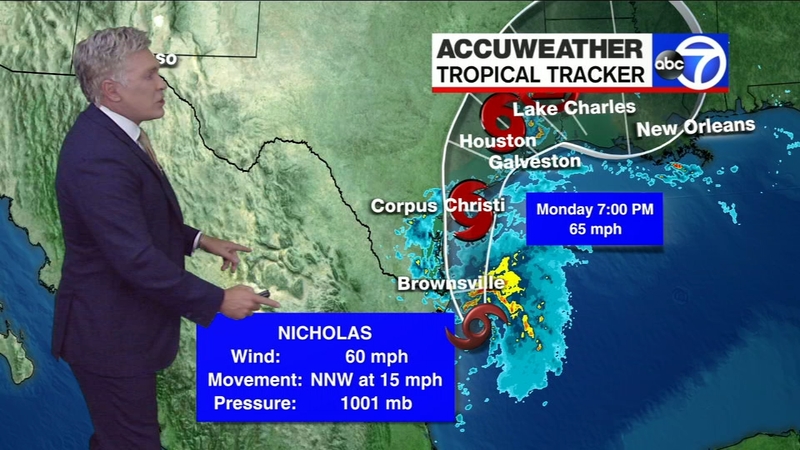 Just before entering Texas, the tropical storm Nicholas became stronger and was categorized as a Category 1 hurricane.

For days, the hurricane gathered strength from the sea-water, which is likely to have near-death consequences. The storm now has hefty rainfalls with a load of warnings for extreme flash floods.

Concerned institutions suggest that most storm effects are likely to be witnessed in the upper Texas coast and southwestern Louisiana with 6 to 12 inches of rain – with a maximum warning of 20 inches of rainfall in some parts. While the Gulf Coast is still recovering from the deadly remnants of hurricane Ida, forecasters expect Nicholas to cause the government to declare a state of emergency again.

Hurricanes usually have 75 mph high winds. But on Monday, weather stations recorded Nicholas already having winds of 76mph, according to Matagorda Bay. This strength is likely to affect places from Matagorda to Galveston to Port Arthur, where massive flash floods are highly possible. 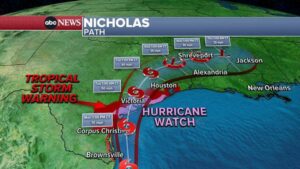 As a response, 17 Texas counties are now in disaster declarations issued by Gov. Abbott. Such counties should start preparing resources like rescue aircraft and boat teams to create a proactive approach to the expected natural disasters Nicholas is likely to bring, authorities said. Accordingly to Judge Hina Hidalgo: “We could get ten to fifteen inches of rain over the next 24 hours or so, and that would be very, very concerning.”

Currently, vaccination sites are also not operationalizing. Moreover, Hidalgo stated: “What I need each resident of this county to do today is to get to where you are going to be by 6 PM tonight and stay there.”

Hurricane Nicholas is set to bring its disasters to eastern Texas and into Louisiana and by Wednesday to New Orleans.

According to the governor: “The most severe threat to Louisiana is in the Southwest portion of the state, where recovery from Hurricane Laura and the May flooding is ongoing. In this area, heavy rain and flash flooding are possible.”