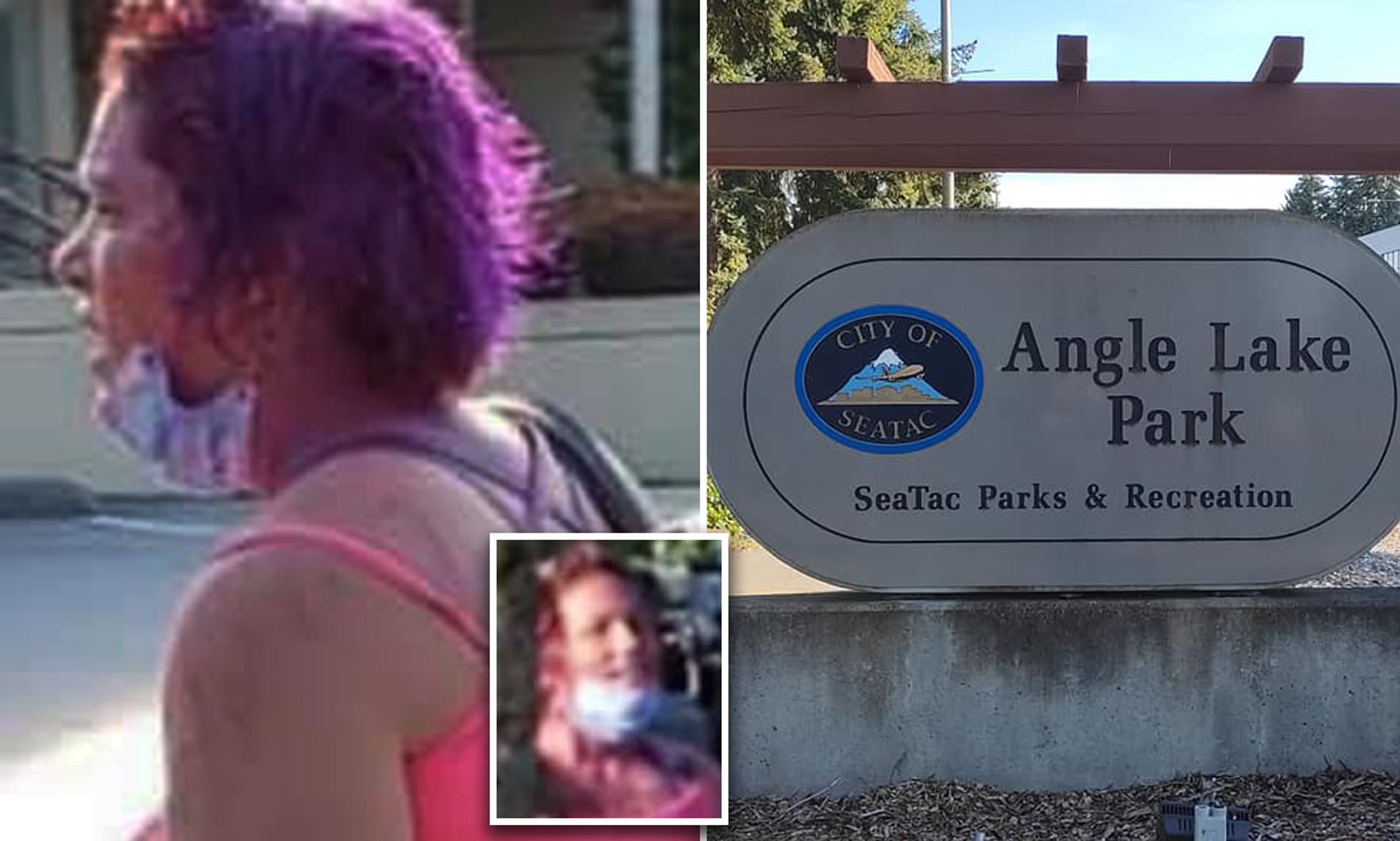 Seattle police officials are now on the hunt for a woman suspected of an attempted snatching of a 2-year old child from a pregnant woman at an airport. the accused woman was said to have purple hair and according to eyewitnesses, she had grabbed the victim by her hair, pushing te the victim to the ground and snatching her two-year-old son.

Many people witnessed the incident, and some of them helped save the kid from the woman.

The authorities stated that the accused woman is not new to the nature of the crime she committed. Last Tuesday afternoon, she was also suspected of grabbing a two-year-old boy holding to his mother, at SeaTac’s Angle Lake Park. The suspect also attempted to flee after putting the mother on the ground by the hair.

The suspected woman was described to have purple hair and usually wearing a neon pink shirt, a mixture of pink and gray skinny pants. She also brings a pair of black and neon sneakers in one hand.

Accordingly, to the people who witnessed the latest incident, rescuers from the crowd grabbed the child back from the suspect and gave him immediately to his mother. Although the mother, who is seven months pregnant, and the child were not fatally hurt, authorities brought them to a nearby hospital to check their condition for safety purposes.

The Seattle authorities are still on the move to finally capture the suspect. The King County Sheriff’s Office unit continues to ask the public to help them locate the woman. The highest priority of the deputies and detectives right now is to identify the woman for the charges of attempted kidnapping and assault.

If anyone has information about the running suspect, it is encouraged to call the King Country Sheriff’s Office non-emergency line (06-296-3311). Anyone can also share anonymous tips through accessing P3Tips.com or P3Tips application.