In New York City, a hit-and-run car crash killed a three-month-old baby and her mother in critical condition.

The horrendous event happened last Saturday at 6 in the evening. The car crash was at the intersection of Gates and Vanderbilt Avenue in Clinton Hill.

The incident started with a Honda Civic driver illegally driving against the flow of the traffic. Soon after the crash, the accused immediately went out of the car and fled for his freedom. He is now facing multiple charges as he also tried hijacking another vehicle to aid in his escape. He was later arrested by the police. The name of the suspect is Tyrik Mott.

As added by the NYPD spokesman, a Honda Civic collided with another vehicle of the same model, which ran directly and right to the sidewalk. This collision eventually hit the 33-year-old woman, bumping her, including the baby she carried. Another collateral damage of this car crash was a 36-year-old male. 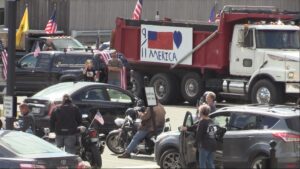 The relation between the man with the mother and the baby was still unclear. It was also unknown whether the man was just another passerby on the streets. The names of all the victims are still confidential and not released.

The other driver of the same car model suffered from minor injuries and was being treated at New York-Presbyterian Brooklyn Methodist Hospital.

Mott is facing the charges of attempted robbery, resisting arrest, attempted grand larceny, obstruction of government administration, and attempted unauthorized use of the vehicle. Pending charges also include vehicular homicide as of the moment.