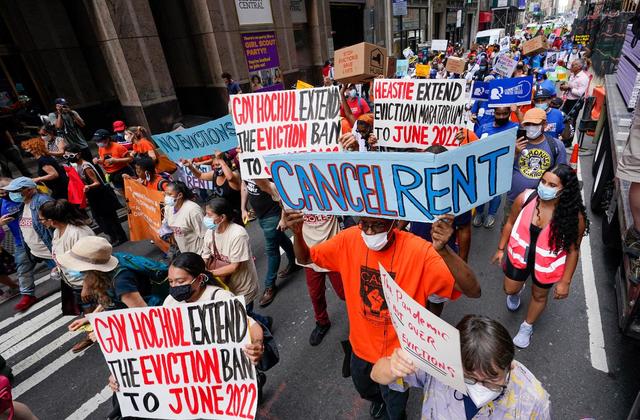 For about 8.9 million Americans, Labor Day actually brought in bad news as their social safety net suddenly shrunk, as all unemployment benefits they had received from the government ended.

However, many of the other pandemic assistances, including rental aid and the expanded Child Tax Credit, are will continued to be available to a wide population .

A housekeeper at the Hilton Hawaiian Village resort in Honolulu – Mary Taboniar, a single mother of two, saw her income vanish as the Covid-19 pandemic devastated the hospitality industry and she lost her job, said a report published by NBC. Photo Credit: USNewsTaboniar has almost entirely dependent on the increased unemployment benefits and a network of local food banks to feed her family for more than a year. She is also among the millions of Americans for whom Labor Day 2021 was actually a difficult crossroad.

According to reports, starting Monday, an estimated 8.9 million people lost all unemployment benefits, following the end of  a federal eviction moratorium previously. Two primary cornerstones of the government’s Covid-19 protection package have been completed.

According to Jamie Contreras, secretary-treasurer of the SEIU: “This will be a double whammy of hardship….We’re not anywhere near done. People still need help….. For millions of people, nothing has changed from a year and a half ago.”

And even as Taboniar  sees her unemployment benefits shrink, hopes of making it up with additional work hours also seem to vanish as the Hawaii’s governor recently asked vacationers to postpone their vacation plans due to a fresh virus surge.

“It’s scaring me. How can I pay rent if I don’t have unemployment and my job isn’t back?” said Taboniar, in an interview to NBC.

President Joe Biden believes that the U.S. economy is strong enough to be rattled by evictions or the drop in unemployment benefits. Officials maintain that other elements of the safety net, like the Child Tax Credit and the SNAP program (which Biden permanently boosted earlier this summer), are enough to smooth things over