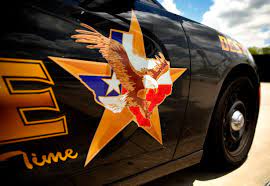 The law enforcement officers from the DeSoto police department are still running a manhunt for the suspect in the recent shooting incident at a gas station on I-35E, says a report from the Dallas Morning News.

The report claimed that the police department is seeking the assistance of the public, asking for help in identifying the person of interest linked to the said incident. According to the report, the police believe that the man, still unidentified, could   may have been involved in a shooting at a gas station.

The DeSoto police department also took to Facebook in appealing for public support towards the manhunt. According to the post, the man is wanted for questioning in connection with the June 20 shooting that occurred at around 2 a.m. at the Tiger Mart gas station located at 809 South Interstate 35E in DeSoto.

The individual pictured is wanted for questioning in a shooting that occurred at The Tiger-Mart Gas Station located at 809 South IH-35 E SR, in DeSoto on 06/20/2021 around 2:00 AM. The Subject arrived and left in a silver 4th generation Nissan Altima. If you have information about the subject please contact Detective Acosta at (469) 658-3043. Thank you.”

The authorities said the suspect arrived and left the gas station in a silver fourth generation Nissan Altima. No other information was revealed regarding the incident or the suspect.

The police has appealed to the public contact Detective Acosta at 469-658-3043 with any an identification of the suspect or any other related information or the incident.

Some netizens couldn’t help but poke fun at the suspect, calling him a “sissy” who “wet his britches” while holding a gun.

Facebook user C.t. Cook said, “After looking at the pictures: Lmao did he wet his britches? Get a little scared? Gotta love it when a sissy has a gun.”

Some others expressed their concern for safety as “that’s the only place where [they] get gas.”